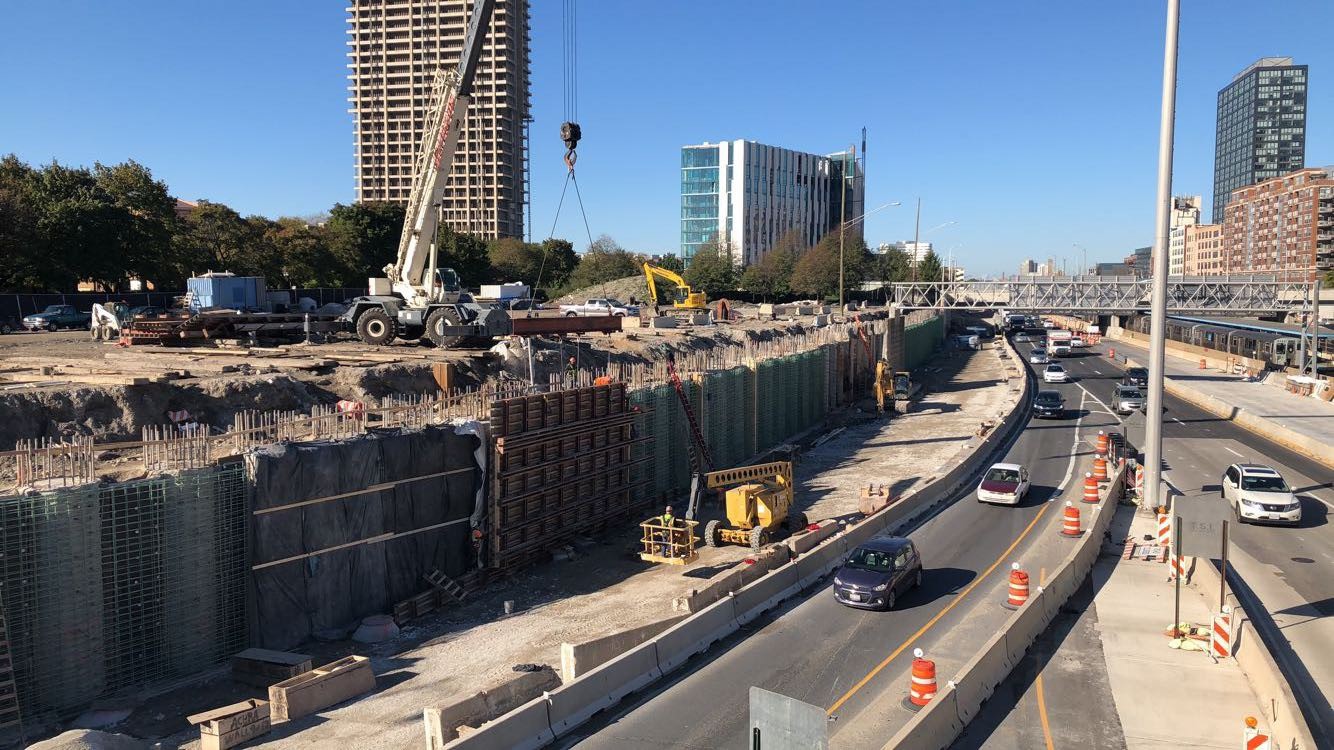 DOT requested Phase III engineering services for construction inspection for the improvement of I-90 at I-290/Congress Parkway (Jane Byrne Interchange) EB Mainline – Racine to Congress Parkway. The project included the construction of three (3) new concrete retaining walls along I-290, EB mainline at Morgan, Peoria, and Halsted Street in the inbound direction along the south side of the expressway, as well as rehabilitation of two existing retaining walls near Racine Street and Morgan Street. In addition, the existing I-290 mainline eastbound pavement was removed and replaced from Racine Street to Congress Parkway at the approach to I-90/94. The project also included lighting, ITS, and all incidental and collateral work necessary to complete the improvement.