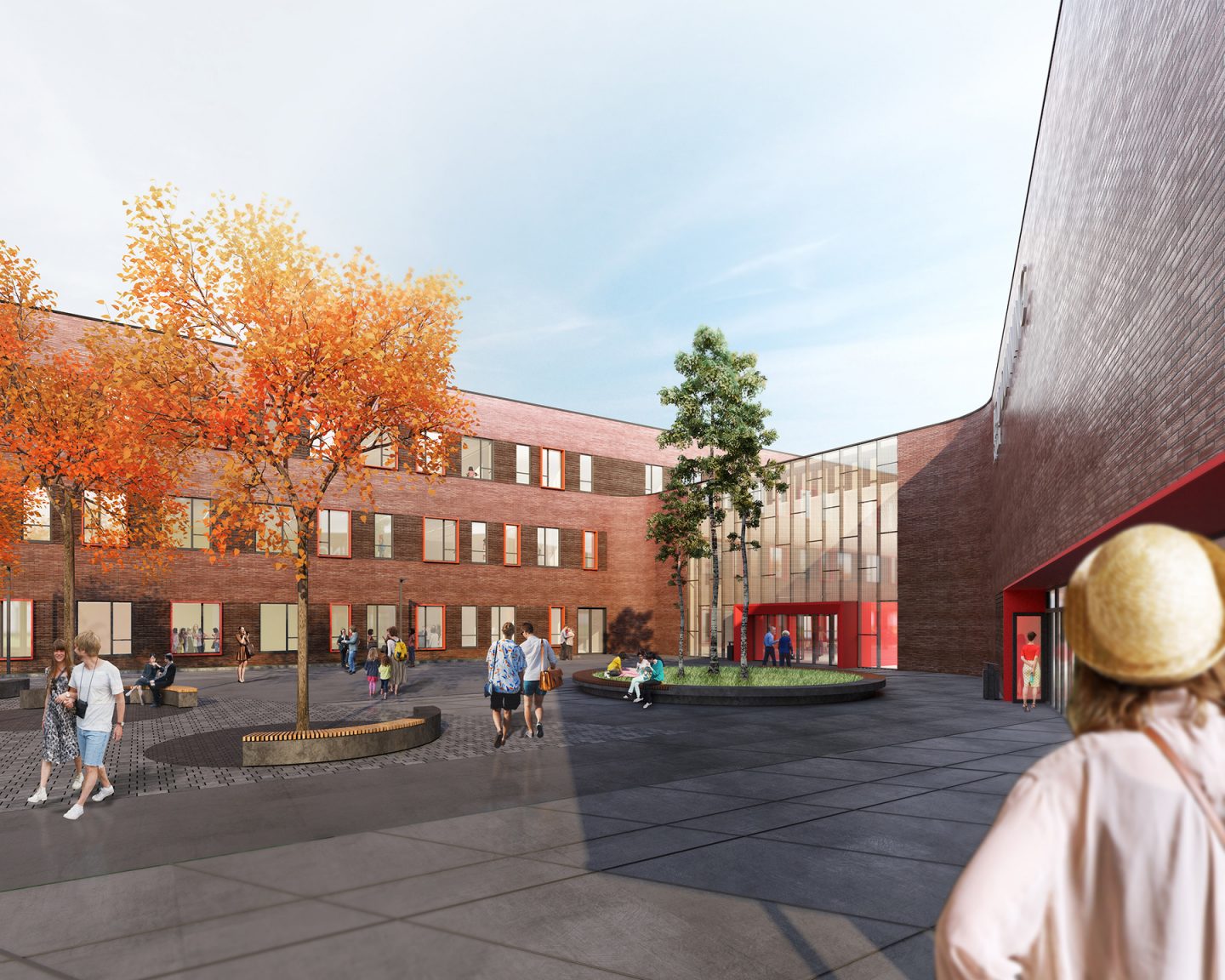 Chicago Public Schools (CPS) and the Public Building Commission of Chicago (PBCC) partnered for the construction of the Taft Freshman Academy initially referred to as the Read Dunning School. The approximately $70 million school was built on the grounds of a former Cook County Poor House (1850’s) and later part of “Chicago State Hospital” (Tuberculosis Hospital) and “Children and Adolescent Village.” Part of the site housed the “Henry Homer School” until all structures were demolished sometime after 2007. GSG Consultants, Inc. was retained by CPS/PBCC for environmental and geotechnical engineering and design services for the project.

GSG conducted two Phase I ESAs for the project site. One report was completed for the Northeast Parcel and one report was completed for the Southwest Parcel of the Site. Based on the findings of the Phase I ESAs, the need for Phase II Environmental Site Assessments (ESA)/Comprehensive Site Investigations was warranted due to historical property uses and their potential impact on the planned construction.

GSG advanced soil borings and installed groundwater wells during the site investigations. The soil and groundwater analytical results were compared to the Illinois Environmental Protection Agency (IEPA) Tiered Approach to Corrective Action Objectives (TACO), Tier 1 Remediation Objectives. PBCC enrolled the parcels in the Illinois EPA Site Remediation Program (SRP) program for the issuance of comprehensive No Further Remediation (NFR) Letters. GSG in collaboration with the PBCC design team issued an environmental soil remediation design for inclusion in the project bid documents in order to satisfy the IEPA SRP requirements and provide direction for soil management and handling during the site development activities and for inclusion in the project bid documents.

A Geophysical Survey was conducted on the entire site in order to locate any buried structures associated with the former on-site structures, utility tunnels, and utilities that may had encumbered the planned construction. A Test Pit Investigation was subsequently conducted to investigate the findings of the geophysical investigation. Finally, a Hazardous Material Survey was conducted on the discovered underground structures and tunnels. In addition to the environmental investigation, GSG performed a geotechnical investigation across the entire site and provided an engineering design as part of the overall project design.

At completion of construction a Remedial Action Completion Report (RACR) was issued to IEPA outlining the implementation of the IEPA-approved RAP and a NFR letter was issued for the site. The school was opened for the 2019-2020 school year as planned.